Ballet To The People’s carbon footprint of late has been scandalous: a whirlwind trip to Hong Kong to catch the kick-off of American Ballet Theatre’s tour in China, a full weekend of exhilarating mixed bills at San Francisco Ballet, a 45-mile pilgrimage to Walnut Creek to size up Diablo Ballet’s experiment with ballet-by-social-media by the ingenious Robert Dekkers and a 30-mile race back to San Francisco to gatecrash a rehearsal of The Milissa Payne Project. 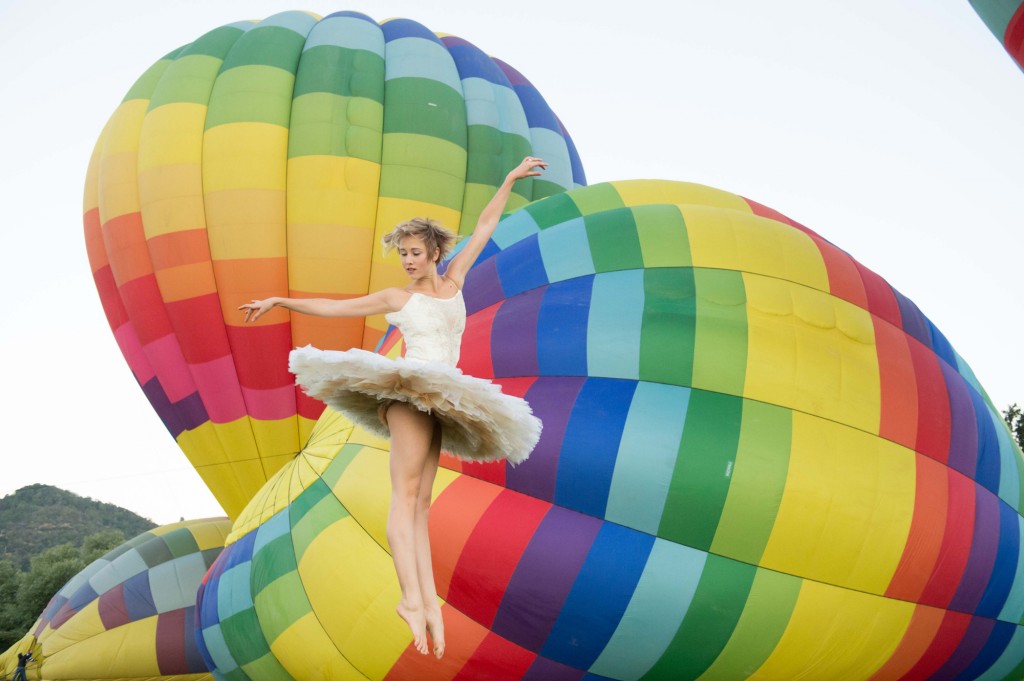 Jet lag banished by a burning curiosity to find out how a young, little-known choreographer has managed to corral 15 dancers with impeccable pedigrees into an ambitious undertaking that would unnerve far more experienced choreographers: a 40-minute ballet set to a radical surgical overhaul of the most overplayed concerto in the history of Western music, Vivaldi’s “Four Seasons.”

Ten minutes into rehearsal it becomes clear that Milissa Payne Bradley knows a thing or two – or more like two thousand things – about making dance. She is simultaneously rehearsing Megan Wright in a solo, Vivian Aragon and Jackie Goneconti Gibbons in a duet, and Jamielyn Duggan, Damon Mahoney, Rachel Speidel Little and Brian Ketron in a pas de quatre. Each of these segments inhabits a whimsical little world with its own movement dialect, each tethered to the ground with a different weightedness – Wright, slinky and sinuous in soft ballet slippers, the duo amusingly slip-sliding around in socks, and the quartet ladies stabbing the floor on pointe. 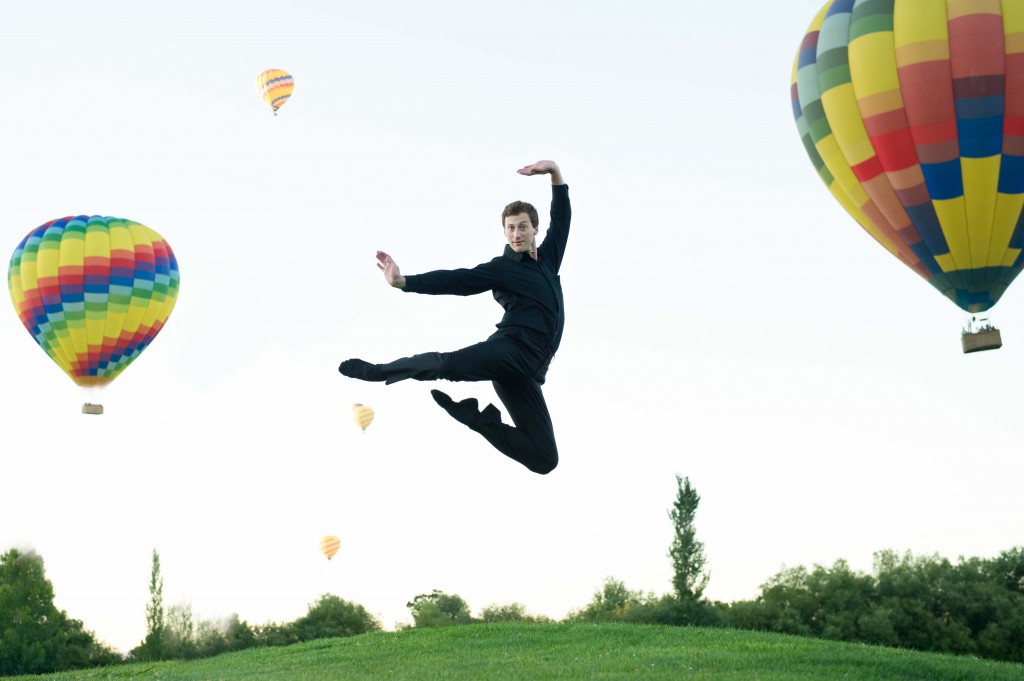 Up in the Air is the ambiguous title of this new work, set to a “recomposition” of the Vivaldi classic by Max Richter, who supplied the music to British choreographer Wayne McGregor’s powerful Infra.

Like the Royal Ballet’s bad boy McGregor, Payne Bradley works in the contemporary ballet idiom. But unlike McGregor and Dekkers, Payne Bradley doesn’t appear to want to smash the confining boundaries of ballet. She preserves many classical shapes and steps – like batterie and pirouettes, the lengthened line of the leg with a fully pointed foot, and the traditional use of the demi-plié and of turn out; there is a freedom and an exultation in her movement, a celebration of human grace and beauty, absent from much contemporary choreography. Payne Bradley’s men and women remain men and women – beautiful, strong and noble – on occasion eccentric, but not the tortured souls of McGregor’s imagination, not exotic creatures or savages like Dekkers’ dodo birds and explorers, nor bewitched swan-maidens, fairy godmothers or evil sorcerers.

There are moments of great tenderness and sensuality in this piece, as when the women arch back and the men lean forward protectively, within an inch of grazing the women’s bodies but not quite.

There is also a prodigious athleticism:

Payne Bradley has been making up dances since she was seven years old, when she was so moved by Tchaikovsky’s music for “Sleeping Beauty” on cassette tape – a gift from her grandmother, who encouraged her interest in ballet – that she wrote a libretto and choreographed an entire ballet around it, complete with stick-figure sketches and misspelled French vocabulary. Choreographing “Sleeping Beauty” in front of a big mirror in her grandmother’s bedroom, she was blissfully unaware that a few others before her had been similarly inspired.

Her dances since then have been driven by narrative, the power of her story-telling evident in her 2012 masterpiece, Athena:

Milissa Payne’s invention allows for varying interpretations, all perfectly coherent and believable; there is room for ambiguity, but without the excessive opaqueness that makes so much modern choreography inaccessible, driving audiences out of the theatre and on to their living room couches in front of reality TV.

Up In The Air was born out of an idea for a photo shoot of dancers amid hot air balloons in Napa Valley, and further inspired by the work of artist Seán Patrick McArdle who is creating a painted backdrop for the piece. Payne Bradley claims she is working for the first time without a narrative. Having seen fragments in rehearsal, Ballet To The People is certain viewers are going to read a lot of their own stories into this richly evocative work. 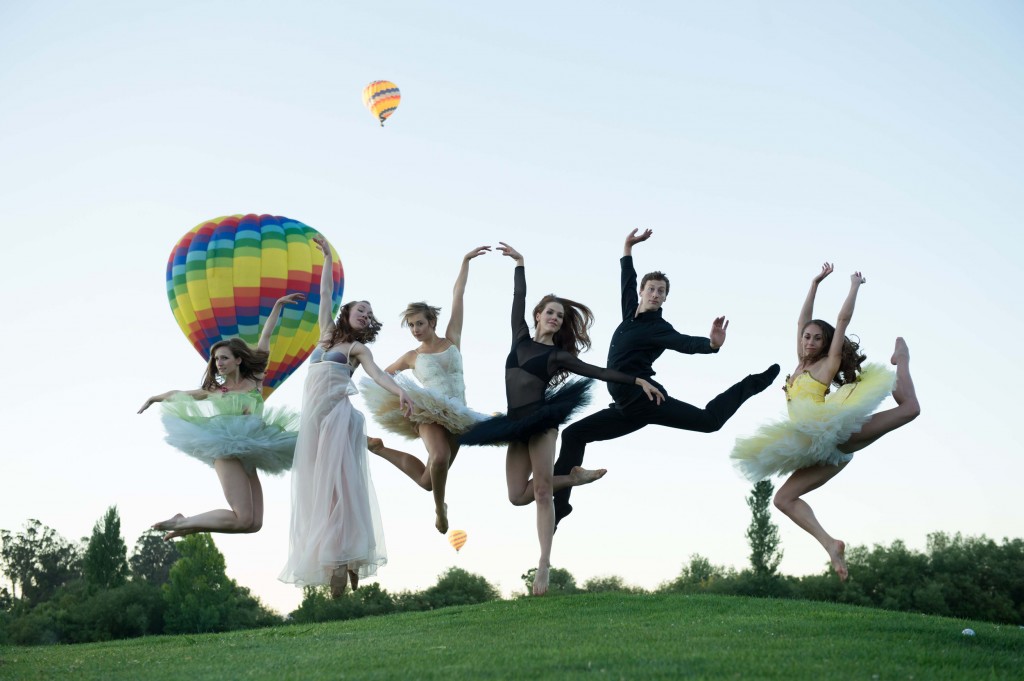 (Photo: David DeSilva, courtesy The Milissa Payne Project.)
Up In The Air premieres at The Garage in San Francisco on April 3rd and 4th, with a remarkable assemblage of dancers who have performed with Oakland Ballet, ODC/Dance, Smuin Ballet, Alonzo King’s LINES Ballet and Dance Theatre of Harlem, among other prestigious companies. These performances mark the culmination of Milissa Payne Bradley’s 12-week residency at The Garage’s Resident Artist Workshop (RAW), a program that has incubated many pioneering Bay Area dance-makers including Stacey Printz, Enrico Labayen, Alyce Finwall, and FACT/SF.